On Petina Gappah’s Imposter Syndrome and THE BOOK OF MEMORY 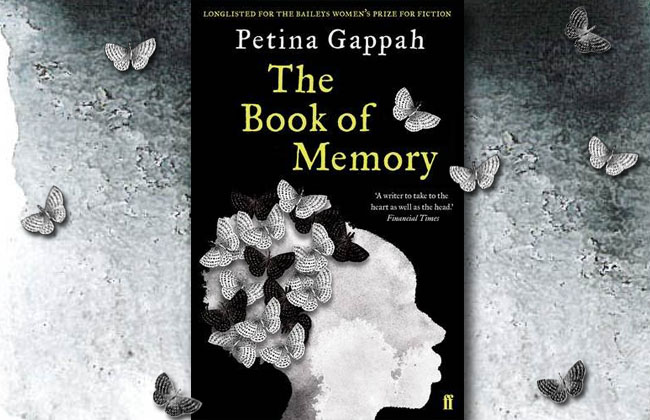 I had just finished Petina Gappah’s first novel, The Book of Memory when I got an invitation to the launch of her recently published collection of short stories – Rotten Row, which follows from her first collection, An Elegy for Easterly, published in 2009. Suddenly I am all about this author.

At the book launch, her self-deprecating sense of humour came through as she spoke at length about how she has yet to learn to overcome her Imposter Syndrome. The term first coined in the 1980s about people who “experience intense feelings that their achievements are undeserved and that they’re likely to be exposed as a fraud.” This, coming from a writer with three, well-received books was surprising. She spoke in passing about The Book of Memory, and how it did not quite turn out to be the book she had intended to write. What?! This was a great book, I thought. Unfortunately, book launches and such functions are never the ideal settings to go into details, it would have been interesting to hear more about her sentiments on it.

For me, it was one of the best reads of 2016. It centres around Memory, an albino woman who is in prison, facing the death penalty for the murder of her adoptive father, Lloyd. The narrative takes place from prison and the reader gets the background story to her life while introduced to the myriad of characters she meets there. We learn that she is writing about her life, with the intention of appealing her sentence, therefore telling the story she has never told since her arrest and sentencing for Lloyd’s murder.

As Memory’s life unfolds, we learn about her family, before the adoption. Her parents gave her to Lloyd when she was nine years old, an arrangement she herself did not understand until much later – always believing that they would come for her. The reasons for which she was given up are revealed only towards the end of the book – as we learn of her mother’s mental illness and of the danger under which she and her siblings lived because of it.

Raised in the more affluent parts of Zimbabwe by her adoptive father, Memory tells of her new life, her schooling, her life abroad and her eventual return Zimbabwe. The author takes the reader back and forth between past and present, introducing the colorful characters in the prison, which introduces humour and a darker side to the circumstances under which Memory tells her story.

Her albinism and its effects on her psyche, both growing and as an adult; her observations on the socioeconomic differences in Zimbabwe; the reality of the state of the prison system – all feed the story. As she relates the inmates’ stories, we get insight into Zimbabwe’s political, social and race relations; as well as an understanding of the social strata, cultural norms and traditional beliefs. Petina Gappah brilliantly brings to mind the fear of Albinism in Zimbabwe, subtly underlining the more-than-accurate reality for much of Africa. Memory’s perception of her Albinism and how, even when living abroad, her coloring still confused even those who would be more accepting of her melanin-free skin highlighted the prejudices that people form based on the trivial. The shocking circumstances of Lloyd’s death are revealed at the end, and I must admit this was the only part of the book that I thought the author could have done better with. Although it ties together some of the themes in the book, it seemed incongruous to the tone and events of the rest of the book.

The Book of Memory comes highly recommended and I look forward to getting stuck into her short stories.