Dubai, a desert city of contrasts 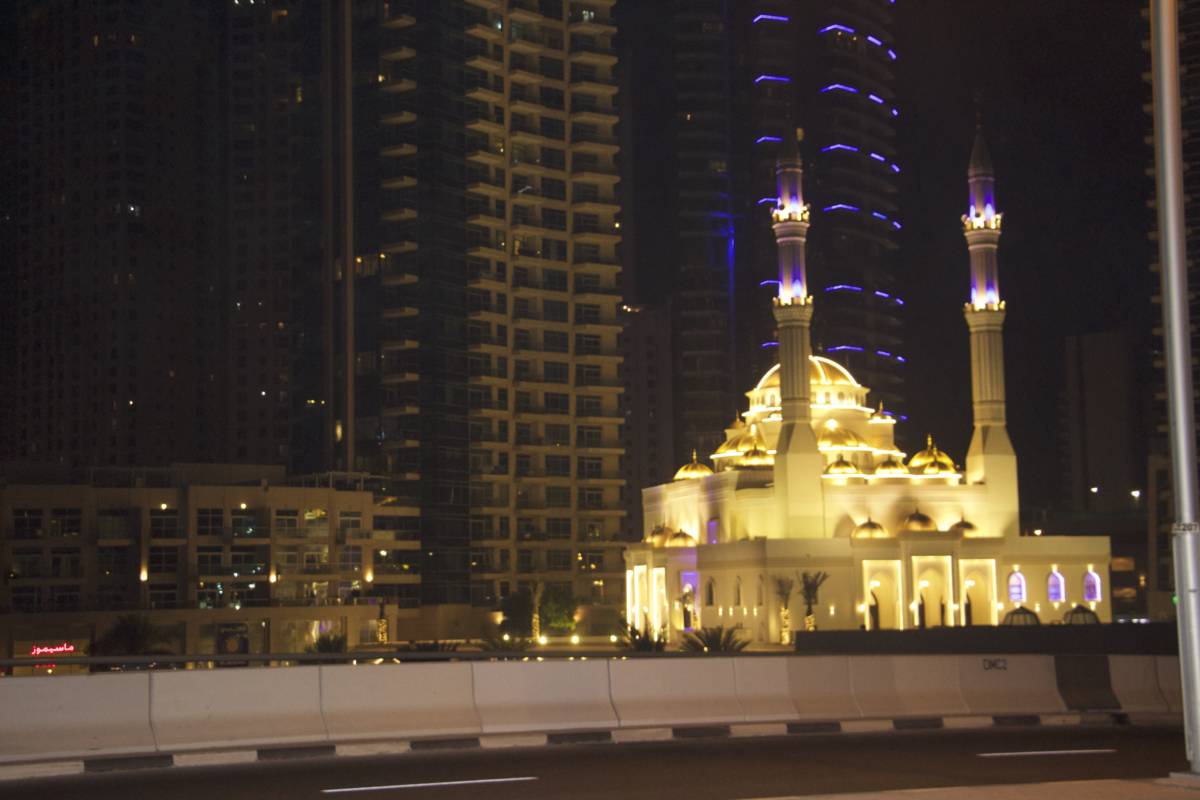 I have been sitting on this post for a while not quite sure how to sum up Dubai. With past travels, most cities can be summed up in a word, or two at most – with the first word being the superlative. Charming or bustling or very quaint or extremely exciting. The words to describe Dubai fail me. It is a city of so many contrasts that it truly is difficult to sum up in a word. My daughter described it as “Bling” in a word, and “The Vegas of the Middle East” in a phrase. With the hedonistic lifestyle but without the gambling, of course.

On the surface, it is glitzy and glamorous, luxurious and opulent. You just have to look out of your hotel window at night see it in its full splendor. High rises and skyscrapers populate every available piece of land in this city. There seems to be a marked competition by the developers to go higher and higher, build bigger and bigger, develop more and more. With its ubiquitous hotels, ranging from three stars to five stars, to the famous seven-star Burj Al Arab, it is a city geared towards tourism. Extravagant tourism. The service you get everywhere is outstanding. There has been a definite drive to employ workers from the Philippines in the service industry  – a country itself renowned for outstanding service in the tourism sector. So in addition to the first class city with all its first class perks of night clubs, restaurants, and hotels, you also get the first class service. 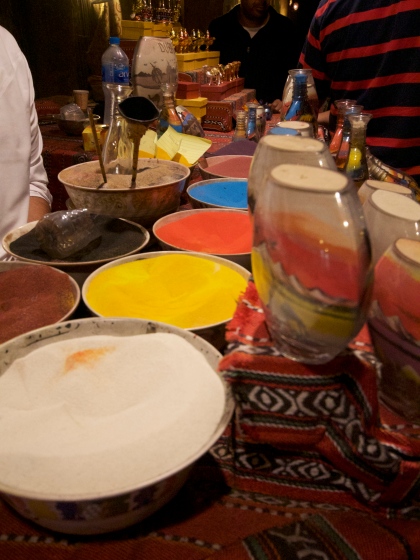 But peek beyond the superficiality of the sprawling malls, the luxury hotels, and the upmarket restaurants, and you will notice the construction workers working well into the middle of the night at those bigger and higher developments. With floodlights lit and the banging carrying on well past normal working hours. Look even closer and you will see the juxtaposition of a city trying to hold on to its culture and religious conservatism in a world that constantly demands more of it. As we strolled through Dubai Mall one day, trying to decide where to sit for a coffee, we barely heard the minaret call for prayer over the lounge music streaming throughout the mall. The first thing I noticed about Emirate women was not their abayas, but their handbags and shoes. The luxury brand market is well and thriving in Dubai, and very much catering to those conservatively-clothed-eye-makeup-on-fleek patrons. The traditional abras which ferry people across Dubai Creek, are now crossing alongside the air-conditioned water bus facility introduced as another, more modern, mode of transport.

The beaches, the water parks, and even the marina all make up what is this modern Dubai. A city partly built on land reclaimed from the sea.  It seems like that old saying “if you build it, they will come” has worked very well for the United Arab Emirates. Tourists flood in for the shopping, for the holiday getaways in luxury hotels,  and for the golf at the numerous golf courses built on this desert emirate. In two words, Dubai is also a fun , exciting city in that it offers the pursuit of all forms of escape in just one place. But as easily as you can get your fill of the glitzy, glamorous, exciting, fun-filled city, there is that side of Dubai that reminds you that this was actually a trading emirate of Bedouin people. The traditional souks in Deira offer a glimpse of the Dubai of old – before upmarket shopping malls and a tourism industry targeted at Westerners. 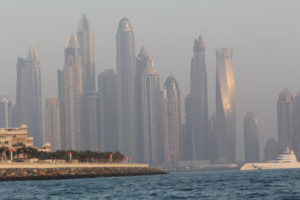 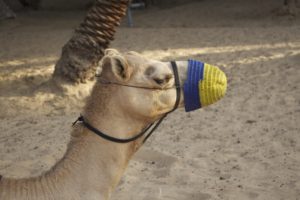 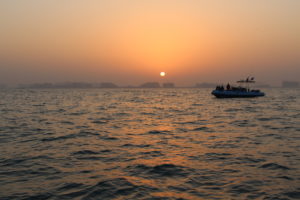 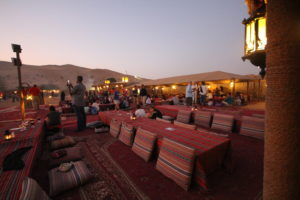 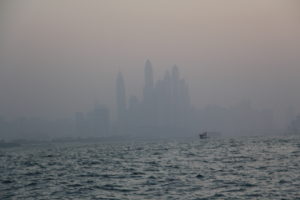 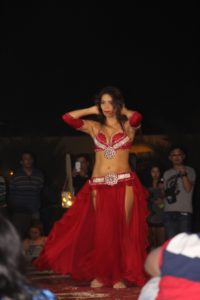 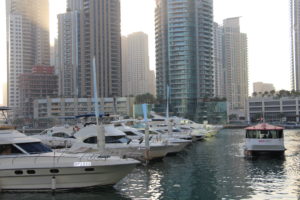 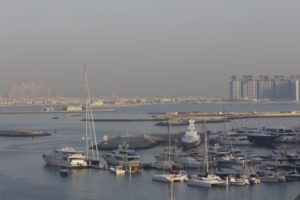 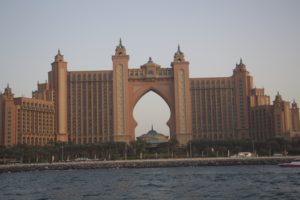 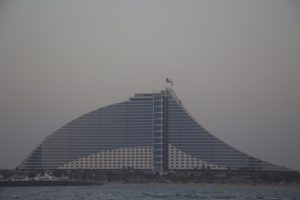 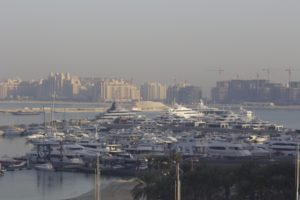 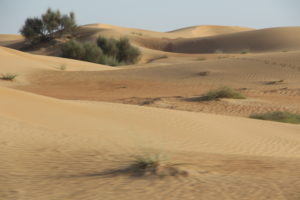 We went on a  desert safari, a booming business run by three tour companies, which entailed dune-bashing in 4X4s,  a dinner in the desert, complete with camel rides, a belly dancer and shisha pipes. This was probably the closest I felt to having a genuine sense of being in the Middle East. It was during these four hours that I felt the spirit of a much different Dubai. One you could describe in a word. Authentic. Packaged authenticity to be sure, but close enough to the real thing. Farther from the city where bigger, better and faster seem to be the code words, in the desert, I got a sense of the simplicity that defined the nomadic life of the Bedouin people.

Back in the city, however,  we reverted back to the draw of Dubai and became the shallow tourists that Dubai targets – sundowners on hip terrace bars and dinners in cool restaurants,  as we looked across the Marina at where the Dubai Eye will be. It will be, we were told, three times bigger than the London Eye. Of course. We would expect nothing less.