Books: Half of a Yellow Sun by Chimamanda Ngozi Adichie 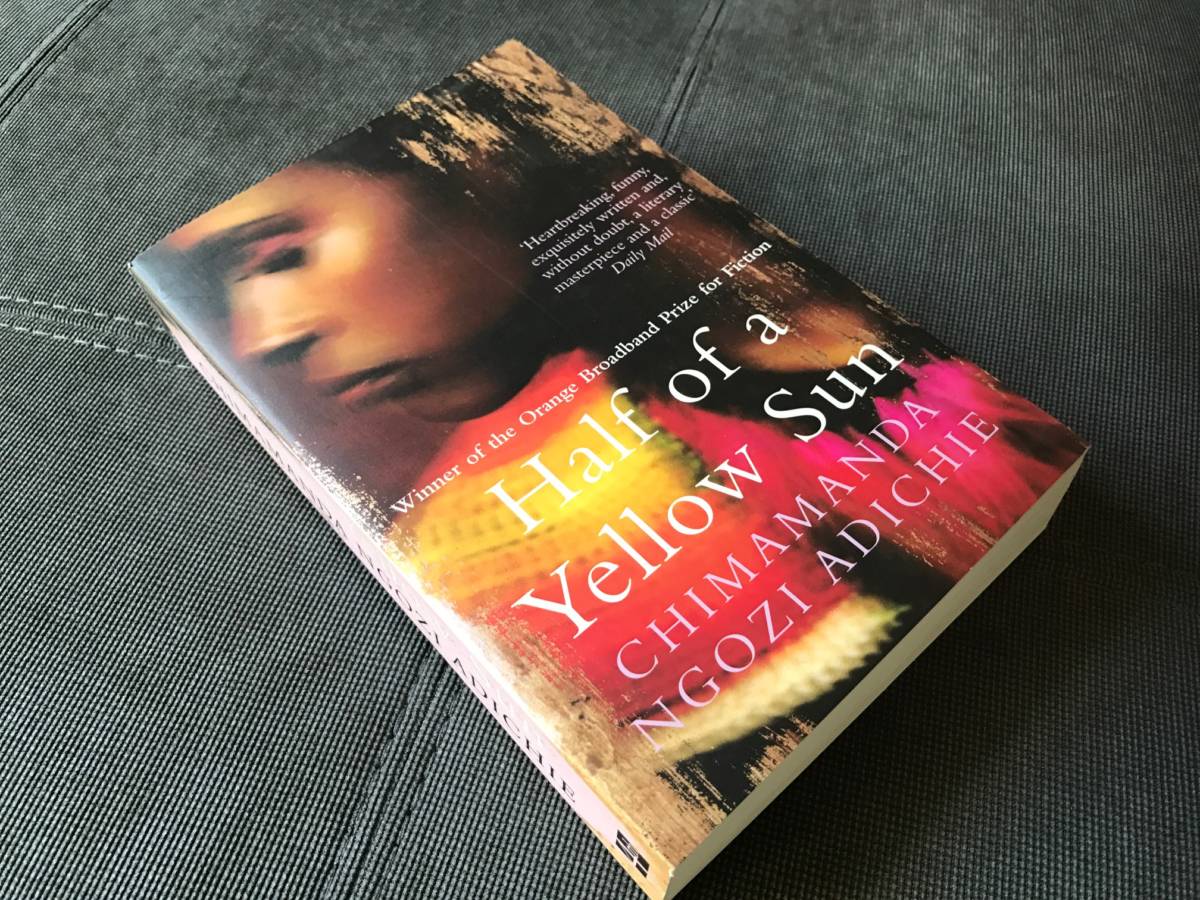 Half of a Yellow Sun is about the Biafra war of the late 1960s. A war that was fought between Nigeria and the newly formed Biafra Republic following its secession from Nigeria. The book provides a clear backdrop of the history of the war and brings with it a clear explanation to some of the causes of the war.

The story centres around Ugwu, the thirteen-year-old house boy who works for Olanna and Odenigbo. Olanna is an academic and partner to Odenigbo – her ‘revolutionary lover’ as her twin-sister Kainene refers to him. They are politically aware academics and Igbos teaching at the Nsukka Campus.

Olanna has left her upper-middle-class life in Lagos to be with Odenigbo, an academic impassioned with ideas of the looming revolution. The book is set in the years preceding the secession of Biafra from Nigeria, which would be the precursor to the war. Richard, the British writer who adopts Biafra as his own and is Kainene’s partner is the Brit who, unlike other British expats, sees the meddling role that Britain played in the Biafra war for what it was. Kainene herself is the business-minded twin sister with a tough edge to her personality and who does not languish as much in the sentimentality of the others about the New Biafra Republic.

Following the first military coup post the country’s independence from British rule,  a political movement that supports secession of the South from the North becomes the voice of the people of southern Nigeria. With the political instability of the military coup, rising resentment between Northerners and Southerners,the secession,  a turn to violence with killings of Igbos initiated in the North that lead to reprisals and the war that followed – Adichie retells Nigeria’s history before, during and after the two and half-year war that would break out when Biafra became a Republic. Hundreds of thousands of people were killed as a result of the military action, whilst it is estimated that close to a million died from starvation. The first half of the book slowly builds up to the events that led to the war, but in the second half Adichie does not shy away from the inhumanity of it  : the killings, the expulsion of people from their homes, the bombings of the newly formed Biafra by Nigeria and its allies, resultant evacuations, displacement of people, a growing refugee problem, and the insidious  effects of the war – namely starvation – are all woven into the characters’ lives.

The Half of a Yellow Sun is taken from the motif of the Biafra Republic flag, showing the top half of a rising sun. Adichie writes of the valiant fighting of the Biafrans: how the hope at the beginning of the war slowly dwindles as the war progresses and it becomes clear that the Biafran’s will not win the war. The resulting ceasefire by the Biafrans, which ended the war leaves the country divided, and as in real life, Adichie’s characters are left bereft, disappointed and facing the reality of rebuilding their lives in a country that still faces gross ethnic divisions. Adichie’s story revolves around the families of Olanna, Odenigbo, and  Ugwu.

The very unexpected turn of events for the families surprised me. Perhaps I was looking for that very happy ending beyond the war ending, and I admit that in the author’s refusal to pander to readers’ needs for a happier ending, she highlighted the reality of what wars can do. Break up families and leave heartbreak. This was a wonderful read.