Talk of the Town by Fred Khumalo – Guest review 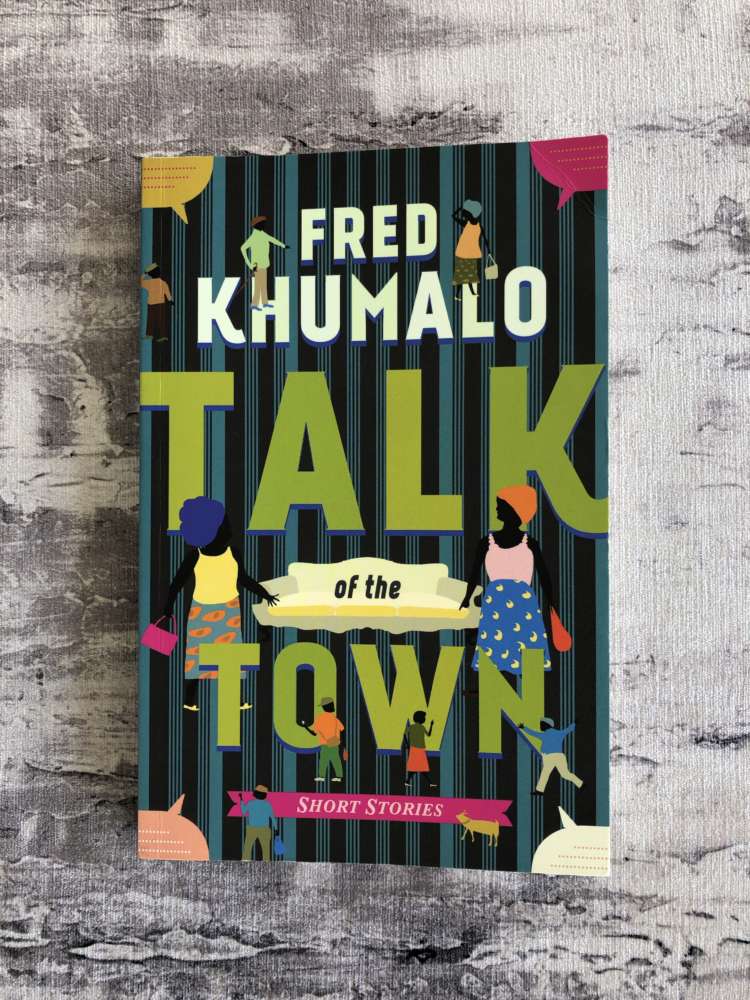 Title: Talk of the Town

In this collection of short stories, Khumalo tackles the ideas of South African identity and of belonging by routinely detailing the particularities of South Africans – illustrating their ubuntu and simultaneously pulling apart the ideas that have given rise to xenophobia, bigotry and discrimination. There is a wide variety of characters: locals; those studying abroad; the ones married to foreigners; those driving luxury cars dressed in designer labels, and those with couches bought on hire purchase – all providing a multi-hued depiction of the varying microcosms of the wider nation. There is no shortage of carefully crafted descriptions or tales of black South Africa.

Reading Talk of the Town made  it  impossible to not think of the intersections of race, trauma, gender and the other. Throughout, I was routinely centering the black experience because it is one that I am familiar with and because I can. Black South African experience is explicitly rooted in pain and trauma, with feelings and realities that have not yet been resolved that manifest in a multitude of ways. Although this is my first book by Fred Khumalo, I like the complexity to his writing and despite pain and trauma being the underlying themes in almost all of his stories, there was never a time where he signposted the root of suffering – a skill I think African creatives across the globe are trying to fine-tune.

Everything is implied, everything is nuanced. Take for instance the story about black South African woman married to a Nigerian man. In the story, she is mistaken for a foreigner and subjected to verbal abuse as some men on the street proceed to cat-call and very explicitly outline what they want to do to her; unbeknownst to them, she understands every word. The men on the street, by no means authority figures, inadvertently become the gatekeepers to a ‘South African’ identity. Because she drives a nice car and wears designer clothes, her pain and trauma are less evident and thus her blackness is unfamiliar and incomparable to their own. Suddenly, she is other, and it becomes justified to explicitly and unapologetically cat-call her. Through this multi-layered form of storytelling, Khumalo completely teases and undermines the rigidity of identity and shows how its manipulation only produces reductionist binary outcomes:  belonging or other.

This book left me craving more – just as plots unravelled and characters developed, the author would abruptly end the chapter, leaving the reader with what felt like unfinished storylines. It also left me a little lighter – lighter because of the familiarity that comes with recognizing area names and food references. As someone who has spent a lifetime reading works that centre Western media, culture and norms, Khumalo tied me to such a diverse and realistic cast of stories and characters that I am almost scared to read any other stories of South African life – for fear that they won’t measure up to Talk of the Town. A surprisingly comforting read.

Mosa Naleli is a 19-year-old black creative. A college student unlearning the internalization of the two big ‘isms’ (racism and sexism), whilst re-learning what it means to unapologetically be herself. She is discovering her passion for African writers.