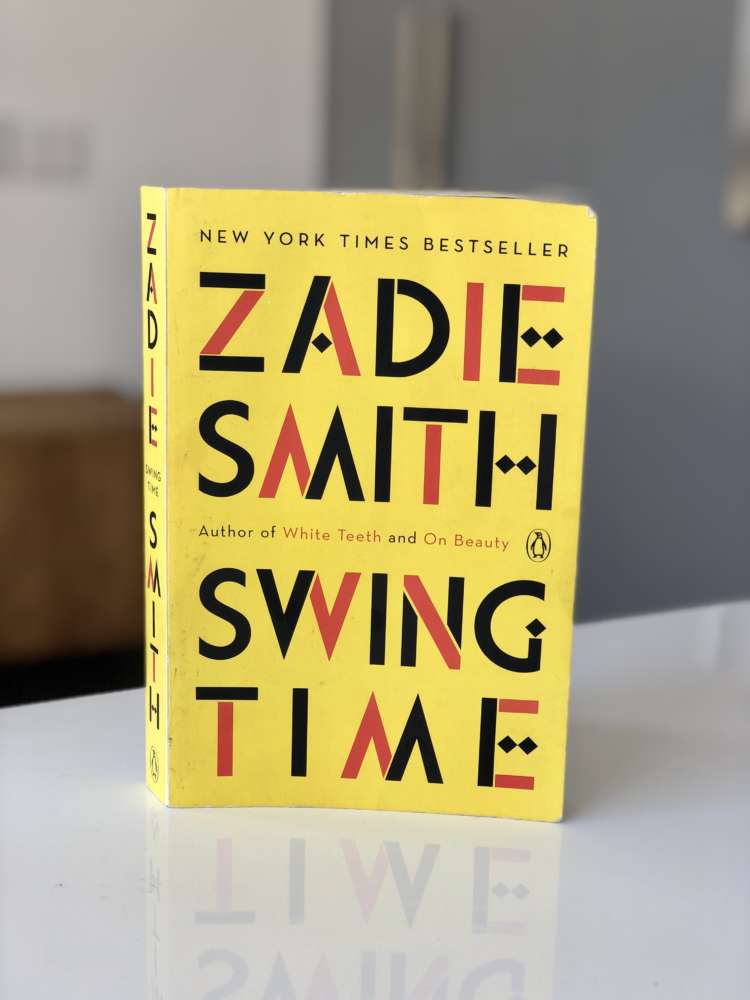 The narrator and her best friend Tracey, grow up in council estates in North London. Both brown-skinned girls and both with very different influences. Whereas one grows up with two parents whose own lives depict the reality of marriage – of couples growing apart and  of a mother’s unbridled ambition that outlives and outsizes a father’s complacent comfort with the status quo – the other is raised by a single mom wholly devoted to her daughter’s every ambition and an absent father who is idolized by his daughter.

What brings the two together is their shared circumstance of being the few mixed raced girls  in a school of white kids. Tracey’s ambition, drive and untethered ego is the shadow under which the narrator lives. Throughout the book, the author depicts two sides of every situation. To Tracey’s uneducated mother who believes that beauty and performance are the ideals her daughter should aspire for – and in so doing devotes her life to ensuring that Tracey has every opportunity to become  a child star – we have the narrator’s  feminist, intellectual mother who is neither encouraging of her daughter’s dancing ambitions nor aware of her singing talents.

The narrator’s  mother is ambitious and driven, earning herself to a doctorate degree, then running for office in the  local council. She outgrows her husband – the de facto caregiver in this story – and even as he tries to keep up his attempts fall short. He is not her match in his ambitions or his intellect.

The books fleets back and forth between past and present and slowly unravels to show the young woman that the narrator grows up to become. Still insecure; still unsure of her place in the new world of music popstars that she now inhabits; and equally uncertain of her role as personal assistant in Aimee’s life and the pop-star singer’s ambition of a saviour of poor African children. Smith accurately describes the hollow role that aid organizations can play in aiding development in Africa – from the ambitious goals that take Western educational models to poor under-resourced villages that are ill-equipped to implement even  a fraction of these reforms; to the complicity of community leaders in sustaining these flawed and, at times, corrupt  systems; to the depiction of Africa as the playground of western celebrities in their bid to ‘do good’ by  building school and adopting African babies. It is at times very amusing to read, Smith skilfully laces her astute political commentary with humour.

In the narrator’s voice, we hear her desire to uplift the people she encounters, wanting more for them, wanting them living according to her ideals. In one of the characters, Fern –  – a seasoned Italian aid worker –  she is incredulous of his absolute belief that he can make a difference, even as he derides Aimee’s tactics as self-indulgent and overly ambitious. In Hawa – smart, funny and beautiful, the narrator does not understand how living in a small village in the Gambia can be enough for her, when the wider world has so much to offer.

The narrator leaves her childhood friend’s shadow, travels the world and lives what appears to be a glamourous and fulfilling life, however, she never fully comes into her own. As Aimee’s assistant her voice is still obliterated by her boss’s larger-than-life personality; in the Gambia, working alongside Fern she is seemingly lost and unsure of why she is even there; interacting with the villagers she is uncertain of herself as a brown-skinned woman who is seen as white by the villagers, yet also wanting to be part of their fold. She comes across as shallow to the other characters’ more complex personalities.

This book is about the fractures that can happen to friendships, to marriages, to professional relationships. It touches on race and on class politics, and does so while fleeting between the two worlds that the narrator finds herself in. The scenes of village life in the Gambia and council estate living in North London are well described and the false dichotomy between developed and underdeveloped worlds subtly analysed.

The book is infused with references from the swing time era of music and dance, and a good starting point for the narrator’s awakening to the potential that her ‘half-caste’ self (a mixed race reference that the author uses delicately) could have become in a white entertainment world – even as it remained unrealised throughout the book.

The narrator’s shallow personality when compared to the other characters in notable – whether intentional by the author or not, it does not endear her to the reader. When compared to Tracey’s obstructive confidence; her own mother’s firm feminism; Aimee’s celebrity chutzpah; Lamine’s quiet strength; Hawa’s mystery and even Fernando’s resolute belief in developement work, the Narrator’s own observations, questions and uncertainty all come across as trivial and inudulgent. Perhaps it is in giving her this very lack of gravitas that the author shows the real strength of the other more ‘disadvantaged’ characters.

Zadie Smith’s observations of race and class once again show the keen eye she has on politics, and uses her nuanced way to write about them in a similar was as she did in White Teeth.