Girl, Woman, Other by Bernadine Evaristo 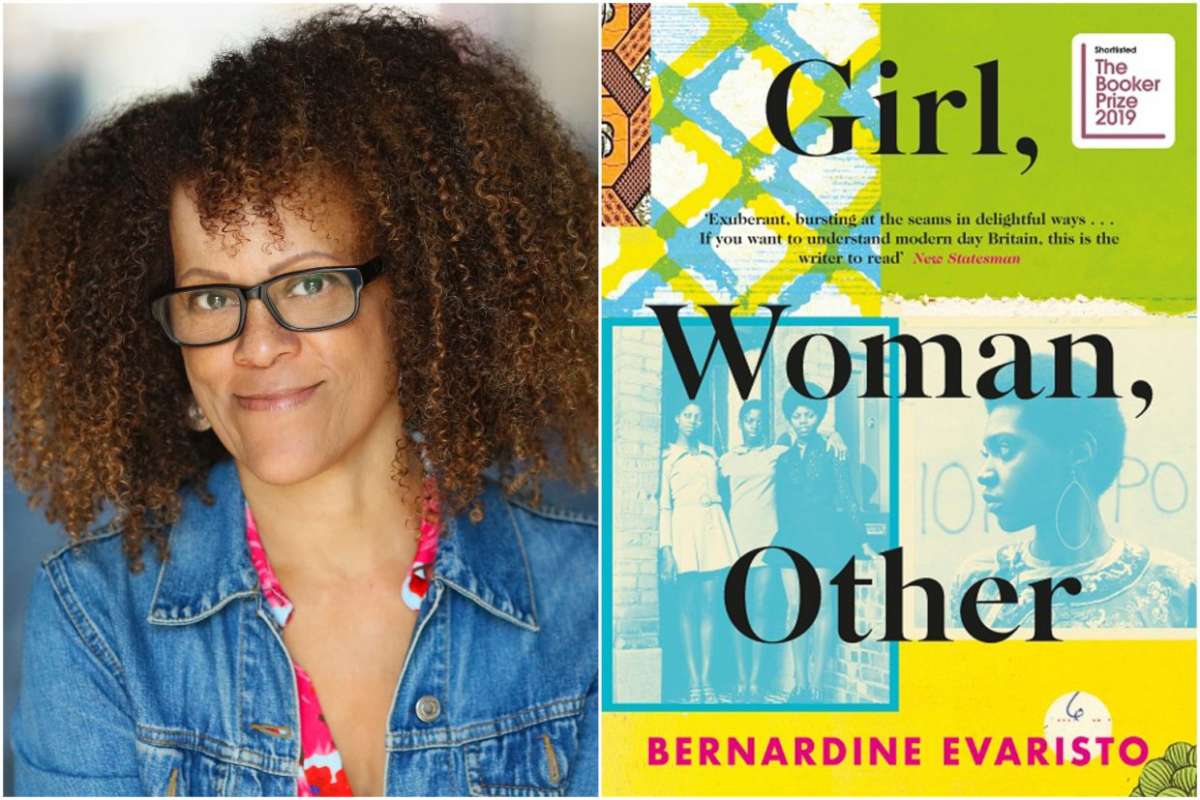 Bernadine Evaristo’s collection of the intersecting lives of 12 black women is funny and relevant and challenges perceptions of womanhood and womxnhood. The different voices of the women in the stories all reflect the many faces of women’s experiences, the beautiful along with the painful.

It is written in a free-flow form with no punctuation, a structure that is distracting initially – with its long prose and punchy sections that seem like stanzas in a poem –  but it does become less noticeable after. It is Bernadine Evaristo’s writing that stands out more against this unconventional structure. Her humour is light, her socio-political observations are on point and without the righteousness, and the many and varied women, all 12 of them, represent a character you may have known, or know, or can somehow relate to.

There is Amma, a lesbian playwright who has transitioned from revolutionary rebel- rouser and non-monogamous lover and who stages her plays at the National Theatre to middle-class urbanites, versus the fringe scene that was the beginning of her anti-establishment theatre company. She battles with her success – still feeling like an outsider, weighed done by her imposter syndrome, and also grappling with her feeling like a sell-out to her non-conformist views. The birth of her daughter Yazz, softens her rough edges somewhat, challenging her binary views of what feminism should look like.

Yazz was the miracle she never thought she wanted, and having a child really did complete her, something she rarely confided because it somehow seemed anti-feminist

Dominique, Amma’s best friend, with whom she started the theatre company, is in an abusive relationship and now living in America. Evaristo’s deliberate and unrushed description of this abuse is real and raw. I found myself holding my breath with each sentence, willing Dominique to escape the abuse.

Of the five chapters in the book, the first four are divided up for three characters each: Amma, Yazz and Dominique; Carole, Bummi and Latisha make up Chapter Two.

Carole: Oxford-educated, successful banker who, despite her outward success, having survived her Peckham housing estate and escaped a potentially bleak future that could have been her and her friends “as baby-mothers pushing prams, pushing fatherless timebombs” still starts her day with a morning mantra:

“I am highly presentable, likeable, clubbable, relatable, promotable and successful…”.

She has stripped herself of her old self in order to fit in from her speech and diction.

to whom were you speaking? instead of who was you talking to?

Her makeover towards respectability “to become not quite them, just a little more like them” in order to fit in does not fully stamp out who Carole truly is: a survivor of a disadvantaged upbringing, of teenage sexual assault, of being a university misfit (until she realised she had to assimilate) and of the pervasive sexism in her work environment. Her outward respectability is a thin veneer that masks the real woman.

The author delicately fuses the contrasting faces of the character, whilst still giving the reader glimpses of the old Carole.

forget the fact that she’d got Vivaldi’s Four Seasons as her ring tone, the public face of her musical taste

In Bummi, Carole’s mother, we meet a working-class single mother, who despite her years in England remains as Nigerian as ever with pidgin still peppering her speech, with her old country views and values, and with her refusal to be swindled by rich people’s supermarkets on the high street selling produce she can bargain for at her Bangladeshi minimart.

Bummi’s pain of her daughter’s rejection is deep and palpable, somehow made doubly so by her own arduous journey from Nigeria to London; from being seen as an educated Mathematics graduate to being seen as a cleaner. That she and her husband named their daughter Carole (with no Nigerian name) to give her a better chance at a future that was not burdened by a name that did not roll easily over her new countrymen’s tongues, only to have her reject every bit of heritage in her assimilation hurts even more. It is in Carole and Bummi’s characters that the author’s observations on the challenges faced by first and second-generation immigrants in the discussion on integration vs assimilation are most perceptive and real. You understand Carole’s extreme code-switching as equally as you empathise with its effect on Bummi.

LaTisha KaNisha Jones’s character is a  high-school drop out from council housing with an absent father. She is a mother of three who turns her life around working in retail while taking and passing her A levels through night classes and enrolling for a retail management course through Open University. With her character, the author gives us another facet of the struggle of an inner-city council upbringing and carefully develops the character while giving the background tapestry that prevents us from seeing LaTisha’s character through a stereotypical lens. By writing  LaTisha’s character in the same chapter as Carole, her high school best friend, Evaristo cleverly contrasts the different paths their lives take, in effect showing how accidental life’s trajectories can be.

Shirley, Winsome and Penelope’s characters are as equally laden with life’s struggle, with love found and lost, and with an awakening to their own strengths – with the men, that are at times a blessing, and at others a blight in their lives.

Evaristo writes Megan/Morgan’s character, a non-binary social media influencer, with the same nuanced observant tone. The author dissects feminism and transgender and topics in an informative yet entertaining manner. She homes in on the language of the day making Megan/Morgan’s relatable and reflective of the zeitgeist of today’s views on feminism and gender. Girl, Woman, Other is laden with numerous characters but it is still easy to follow where they all fit. If you have read Yaa Gyasi’s Homegoing without needing a graphic representation – this one should be child’s play.

The book has intentionally centred women, which makes each chapter feel like an evening spent with a different set of girlfriends. The male characters, written as supporting characters, are sufficiently interesting without dominating the narrative. Social issues, fast humour and a cast of characters that could be your colleagues, your Book club friends or your close friends – Girl, Woman, Other gives a platform to the many tones and pitches of women’s voices.